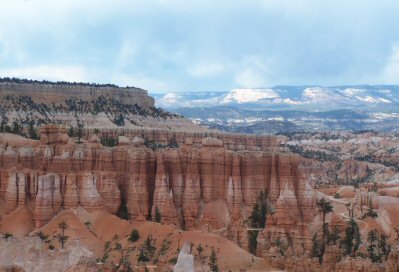 Bryce Canyon is named for Ebenezer Bryce, an immigrant from Scotland who moved with his family to the Paria River valley in 1875. Bryce was sent by the Church of Jesus Christ of Latter-day Saints because his skill as a carpenter would be useful in settling the area. Local People called the canyon with strange rock formations near Ebenezer's home, "Bryce's Canyon." The Bryces moved to Arizona in 1880, but the name remained.

Bryce is famous for its colorful spires and fins of rock in horseshoe-shaped amphitheaters. Carved by the Paria River from the Paunsaugunt Plateau in southern Utah and shaped by the force of erosion, the colorful limestone rock of the Claron Formation has been turned into bizarre shapes including slot canyons, windows, and spires called "hoodoos". 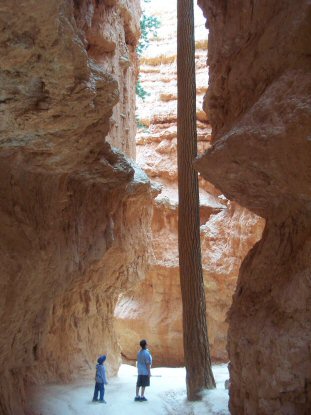 There are many trails of differing lengths that offer close-up views of Bryce's amazing beauty. But first you ought to check in at the Visitors Center, which is one of the best Centers I've seen yet. It's spacious yet offers a lot of information in books, pamphlets, informational newsletters and videos; there also is a 22-minute award-winning orientation film, and an exhibit center the kids will enjoy. The Rangers are friendly and knowledgeable and can offer suggestions on which trail will be best for you.

In summertime, the Bryce Canyon Shuttle runs often between some of the Park's most popular points. It's voluntary, but by using it visitors will avoid contributing to pollution, and will conserve fuel, protect park resources, and minimize traffic. And, since the National Park Service is currently improving the roads in Bryce, this will help avoid delays. The Shuttle operates from May 15 through September 30 from 8:00 a.m. to 8:00 p.m. daily. As you drive up to the Park, tune your radio to 1610 AM for more information. Many parks around the country (including Zion, Grand Canyon, and Natural Bridges) are using this system to help alert visitors to important information. 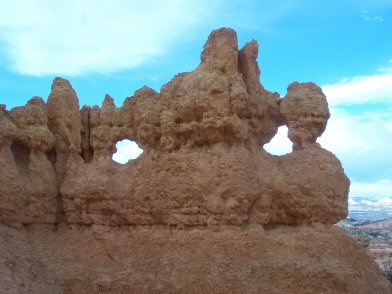 Bryce was just fantastic. I'm glad I saw Cedar Breaks first, because although the parks are similar in what they offer, the scope of Bryce is incomparable. The hoodoos are unlike anything I'd ever seen, especially in color. The yellows and whites and pinks and oranges and reds ... Even though it was cloudy when I visited, the colors just shone.

If you have the time, hike a trail or two. Bryce is amazing from up above on the rim, but you get a whole different perspective as you hike down at the base of the hoodoos. Be careful, though, not to overdo it. Altitude sickness can strike without much warning, and I promise, it's not much fun. I hiked two miles at 10,000-foot Cedar Breaks and then in the same day took the 1.3-mile Navajo loop hike at 8,200-foot Bryce -- that afternoon I developed a splitting headache, and spent four hours in the bathroom with nausea. So, you're warned. 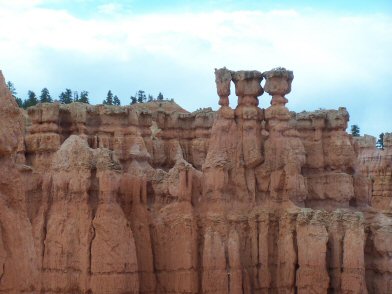 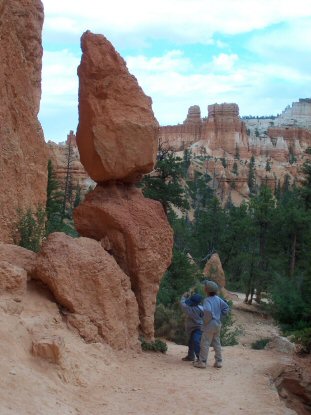 From the east, take I-70 west until you can go south on I-15, then follow the directions from Salt Lake City. 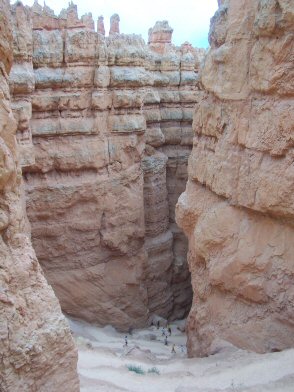 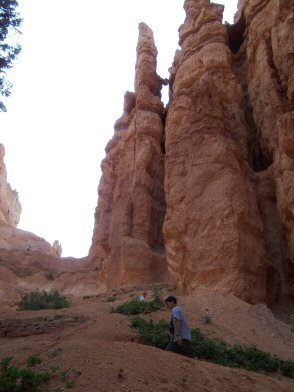 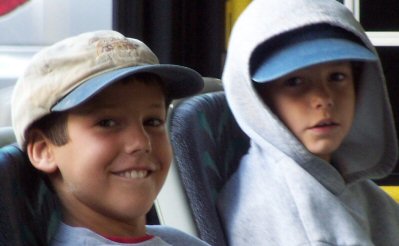 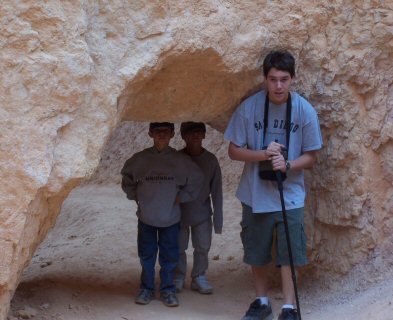 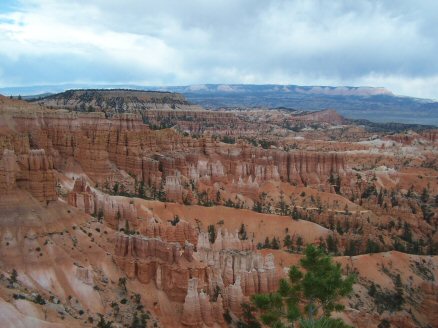 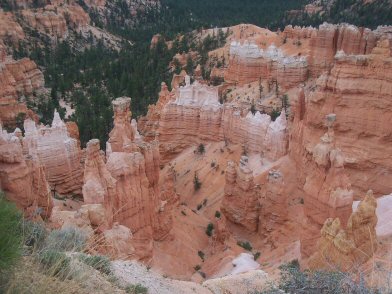